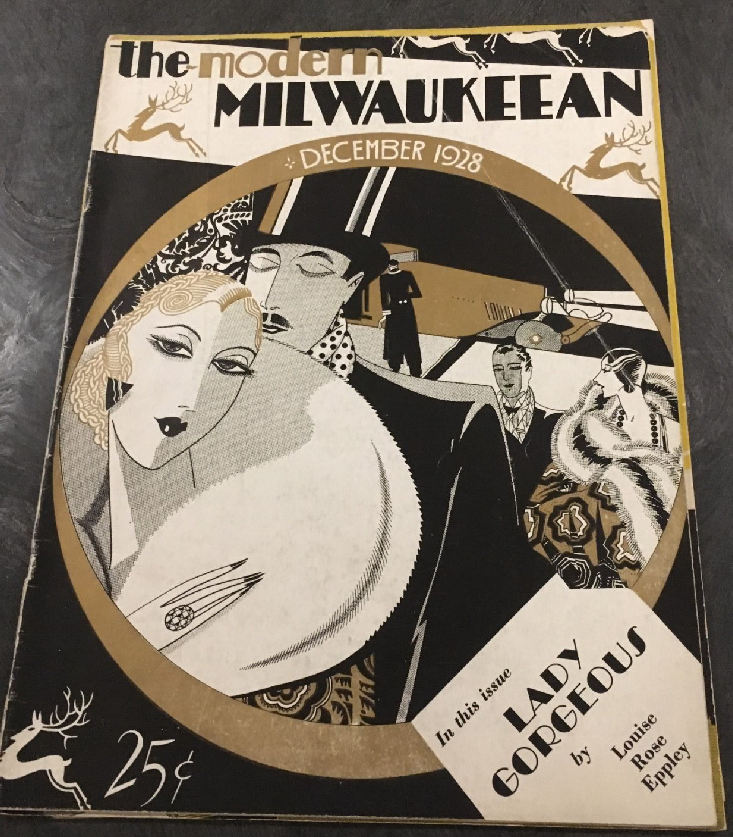 What did socialites in Milwaukee read during the jazz age of the late 1920s?

Well, naturally, everyone was reading The Modern Milwaukeean!

The magazine circulated from September of 1928 through the spring of 1930 and billed itself as the key publication for keeping up with the latest technological trends and everything modern. It proposed modernity as a way of life, but what really set The Modern Milwaukeean apart was its modern graphic design.

Editor and graphic designer Warner Kreuter was a Milwaukee native, but he spent time in the mid-1920s in New York City. There, he would have been exposed to all the latest design trends coming in from Europe.

Falling in love brought him back to Milwaukee.  To this city he introduced some lessons from the vibrant magazine industry of the east coast metropolis.

He started a magazine of his own in the tradition of The New Yorker, filled with short stories, poetry, opinion pieces, and news, but his magazine would focus on the city of Milwaukee. To distinguish the magazine as one for sophisticated readers, he added the word “modern” to the title, and The Modern Milwaukeean was born.

In the earliest issues, Kreuter took his design inspiration from the avant-garde covers of Vanity Fair. The second issue, published in December of 1928 (at the top o this blog post), bears a striking resemblance to a Vanity Fair cover from earlier that year (right)–both feature a glamorous couple enjoying the city. The composition of each cover is very different, and the issue of The Modern Milwaukeean is printed with metallic ink (perhaps for the festive season).

In 1929 Kreuter began to stand out from his contemporaries. Two months later, The Modern Milwaukeean published its third issue with a drastic change in design direction. 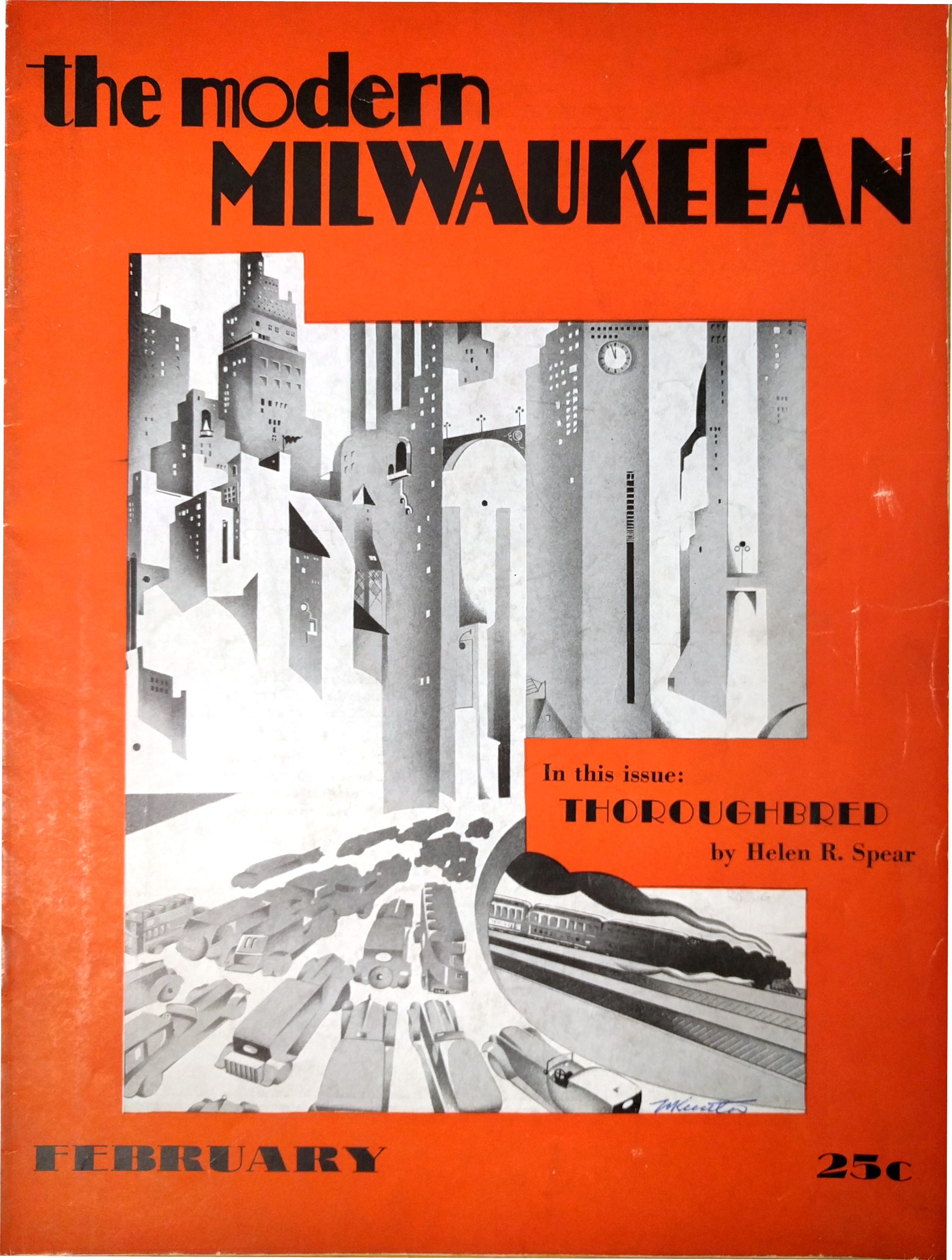 The bright red border catches the eye while the asymmetric design provides a window into the cityscape in the center. Tall buildings, fast trains, and automobiles were all hallmarks of modernity in the 1920s, converging on this magazine cover.

While Milwaukee’s skyline looked nothing like this in 1929, it was a vision synonymous with the future, progress, and modernity. It bears a strong resemblance to the establishing shots of the German silent film Metropolis of 1927, which took place in a distant future.

The issue for November 1929 embraces abstraction. The cover takes its cue from European modernism with flattened surfaces, silhouettes, and simple geometries, which demonstrated a radical shift in the 1920s. 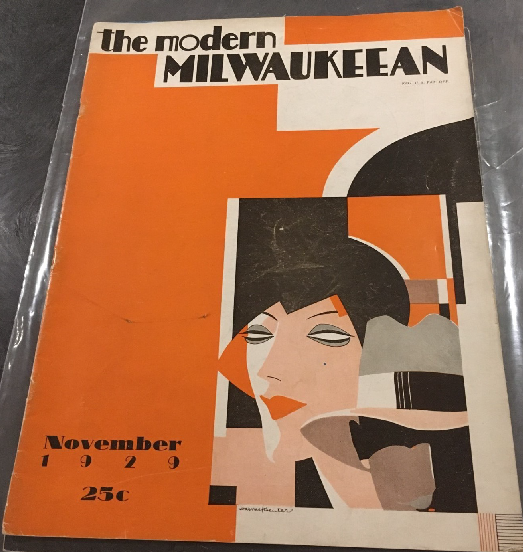 Traditionally formatted magazines and books used centered headings and blocks of text, which can be seen in the covers for both The New Yorker and Vanity Fair.

This was a brave venture into a style known as “international constructivism,” (essentially a de-politicized version of the Russian constructivist movement) which is characterized flat color, geometric planes of color, and photo-montage. 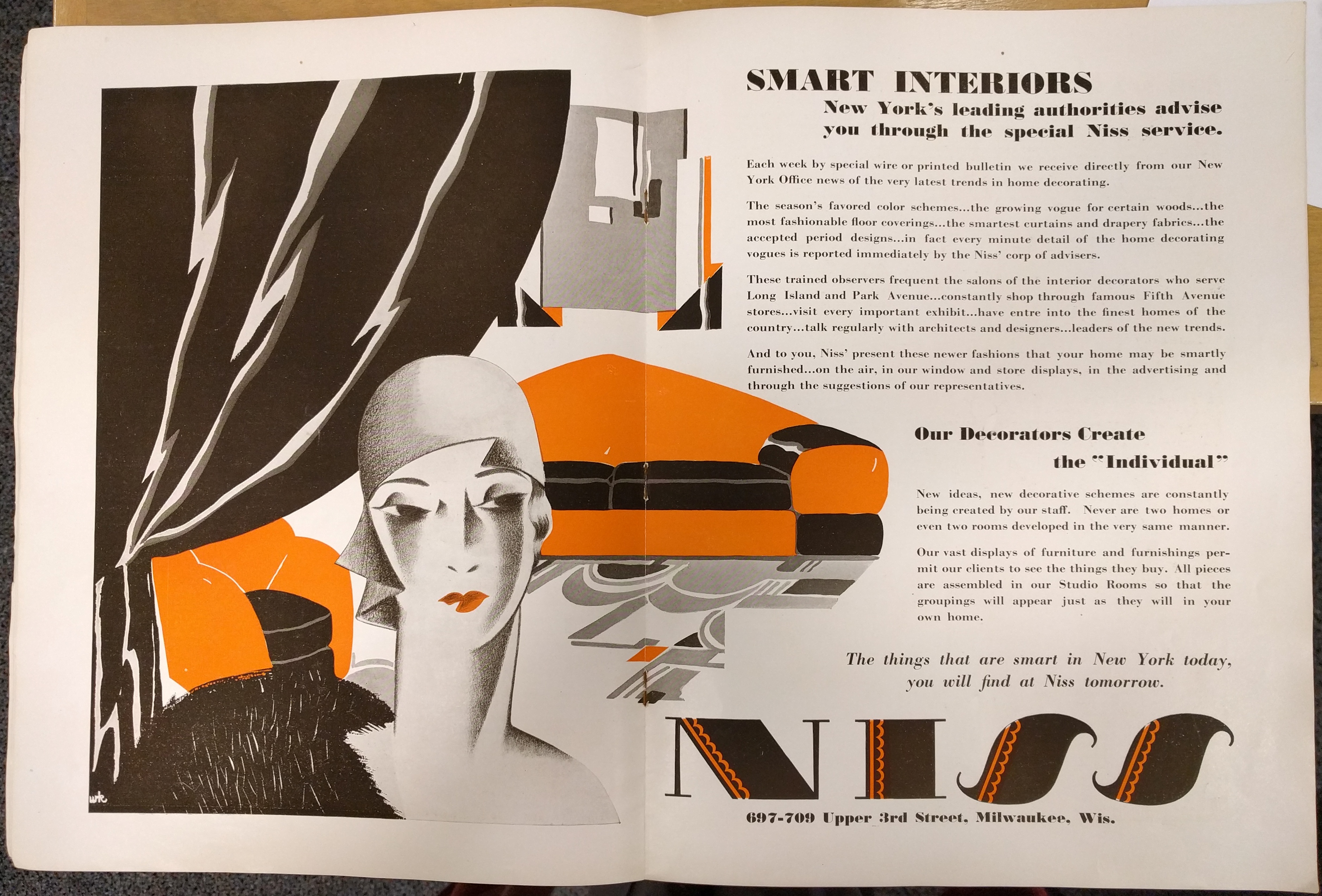 It is significant in this case because large, mainstream magazines like Fortune, Vogue, and Vanity Fair would not begin to adopt the style until the mid-to-late 1930s. Warner Kreuter was ahead of the curve, and his progressive design sense proliferated throughout the magazine’s layout and advertising in an artful blend of the popular American Art Deco and European Modernism.

So, what happened to The Modern Milwaukeean? Unfortunately, there is no definitive answer. There are no copyright entries for the magazine after 1929, but we know there were at least two issues in 1930 (in a smaller format). Given the timing of its disappearance, it’s probably safe to speculate that the Great Depression played a role.

Five issues of the The Modern Milwaukeean are on display in the document case in the 20th and 21st Century Design Galleries on the first floor of the Milwaukee Art Museum, where they will remain through June 2017. Make sure you take a look the next time you are in the galleries!

One reply on “And All That Jazz!”

Very interesting to learn of this publication! Thanks for the photos and background text.