This year, 2021, marks a century-long relationship between the Milwaukee Art Museum and the Garden Club support group. Both the Museum and its support groups have weathered many storms together over these past one hundred years, most recently the COVID-19 pandemic, during which the Garden Club expertly shifted to virtual programming and connections with their members. To help the Museum celebrate this history, Char Schulze, Garden Club president, has agreed to share her thoughts on the Garden Club’s past, present, and future.
—Courtney Kihslinger, director of stewardship and events

END_OF_DOCUMENT_TOKEN_TO_BE_REPLACED

Kantara Souffrant and Robert Stein are two new senior leaders at the Museum as of January 2021. The positions that Souffrant and Stein were hired to fill, Curator of Community Dialogue and Deputy Director/Chief Experience Officer, respectively, are integral to the Museum’s Strategic Direction, which, in short, outlines the work the Museum is committed to doing to ensure that everyone in the community feels welcome. Souffrant and Stein recently connected over Zoom to discuss their roles in designing experiences that not only connect people to the art and each other, but also unfold across the galleries, online at home, and out in our neighborhoods.

END_OF_DOCUMENT_TOKEN_TO_BE_REPLACED

This year marks the 45th year the Milwaukee Art Museum has hosted the Scholastic Art Awards: Wisconsin Exhibition, celebrating the artistic talent of students in grades 7–12 from across our state. Unlike in years past, the exhibition is entirely virtual, with more than two hundred works available for viewing through March 21, 2021.

Selecting the works to include in the annual Scholastic exhibition is a challenge in normal times. When twenty-nine arts professionals from across Milwaukee’s creative community gathered online in early January to judge the over 1,800 art submissions, they all agreed this exhibition of next-generation art felt more essential than ever.

END_OF_DOCUMENT_TOKEN_TO_BE_REPLACED

Nearly forty years ago, in 1981, a group of twelve Museum Members with an interest in prints and drawings established Print Forum. George Evans and Kent Anderson served as the group’s first president and vice-president, respectively. One of the Museum’s nine currently active support groups, Print Forum is among the longest standing.

END_OF_DOCUMENT_TOKEN_TO_BE_REPLACED 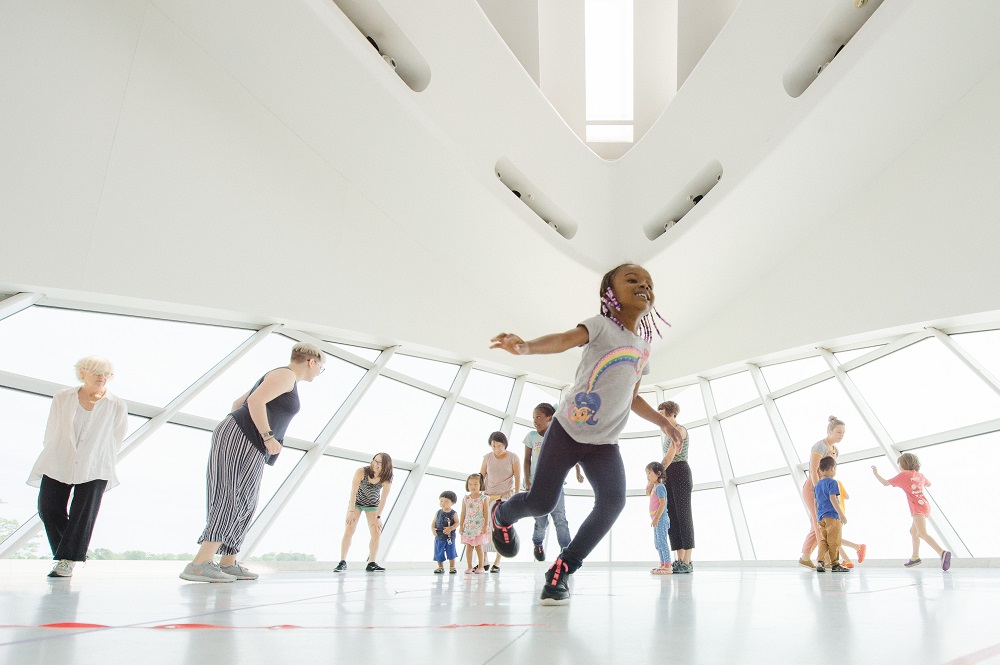 This is your art museum. And I am delighted and proud to share with you today that we have set course on a direction that allows us to respond to our changing times and makes it possible for you, your friends, family—all people—to see yourselves at the Museum and better understand your world through the art we hold in public trust for you.

The Museum’s staff, board, and volunteers, together with the Museum community, committed more than a year to ask the hard questions, consult with peer institutions, and study today’s evolving landscape to shape this new strategic direction, a framework for the Museum moving forward. We last released what we referred to then as a strategic plan in 2006. This is an exciting moment. Yet I want to be clear: our work does not end here. We now call on your active involvement to ensure we continue to make progress—and do so boldly.

END_OF_DOCUMENT_TOKEN_TO_BE_REPLACED

Offered at the Museum since 1976, the Junior Docent School Program (JDSP) is a multi-year, multi-visit program for upper elementary students. Legendary Museum Educator Barbara Brown Lee developed the program along with two art-advocating Milwaukee school teachers, and it has since become a model for Museums across the nation, adding depth to art education with its intentional multi-visit design.

At MAM, the program includes ten themed, docent-guided tours, given to students over the course of three years. In the first year, students learn about the elements of art and are encouraged to investigate works using their senses. In the second year, students make personal and interpersonal connections with art by exploring Portraiture, Wisconsin Stories, and Communities and Traditions. In the third year of JDSP, students extend their understanding of art and history with an American Stories tour and an Antiquities to Contemporary tour—and eventually select a work of art for the culminating capstone graduation project.

END_OF_DOCUMENT_TOKEN_TO_BE_REPLACED

At the Museum, the impact of arts education can often be seen and heard—from the awe-inspired gazes upon entering the Calatrava-designed building, to the questions, discussions, and laughter that frequently fill the galleries.

In 2010, National Arts in Education Week was officially recognized by Congress and, since then, schools and institutions across the country have continued to celebrate annually, the second week in September. Championed by the non-profit organization, Americans for the Arts, this celebration is designed to encourage educational decision makers and elected officials to support what art museums have known for a long time: The arts are essential for a well-rounded education and for creating access and inclusivity to that end. Art museums commonly support this initiative with school programs and education departments that know all about the powerful impact of the arts in transforming learning experiences for visitors of all ages.

END_OF_DOCUMENT_TOKEN_TO_BE_REPLACED

There is never a good time to write about the loss of a friend. And though I knew him for only a short time, Dr. Alfred Bader was a friend to us all in the Milwaukee Art Museum family. News of his passing, on December 23, brought a weighted pause to the celebrations this past holiday season. Articles in the Journal Sentinel and Business Journal cover the biography and accomplishments of Dr. Bader—chemist, businessman, and philanthropist—a man who helped build Milwaukee’s industry and enrich its culture. It is as an avid collector and supporter of art that Dr. Bader will forever be honored at the Museum. First becoming a Member in 1952, he was instrumental to the Museum and, specifically, its European art collection. More than half a century later, his legacy includes the thirty exquisite works he gifted to the Museum and the endowment of the position of Isabel and Alfred Bader Curator of European Art—a post currently held by Tanya Paul. Dr. Bader once said that his passion for collecting “began with stamps at 8, drawings at 10, paintings at 20, and rare chemicals at 30.” Our experiences of Baroque art are richer for his inveterate collecting.

END_OF_DOCUMENT_TOKEN_TO_BE_REPLACED

MAM’s furriest friend, Sunny, from Alex Katz’s popular painting, has emBARKed on a staycation while the Museum undergoes renovations.

Read on to follow his adventure around the Milwaukee area. Then see him again at the Milwaukee Art Museum’s Community Free Day: Fresh Family Fun on Sunday, December 6! Admission to this event is FREE, thanks to Kohl’s!

END_OF_DOCUMENT_TOKEN_TO_BE_REPLACED

Who isn’t immediately attracted to the bright colors, crisp lines, and repetition in Andy Warhol’s artwork? Not to mention the fact that Warhol himself was such a character, playing with the art world, celebrity, and fame.

One of Warhol’s most iconic images, that of the Campbell’s Soup Can, is now available for mass-market purchase. For 75 cents. That’s right. 75 cents for your very own piece of Andy Warhol art history!

You can buy them at your local Target.